MathDAP welcomes over 500 challengers to the summer training

April 16, 2020
The country’s finest math wizards had completed the first online MTG training program which gave them a mental boost after weeks of intellectual hiatus brought on by the Enhanced Community Quarantine, a measure to prevent the spread of COVID19. From over a thousand mathletes who registered to be in the training, more than 500 math wizards are now eligible to participate in the next phase of the MathDAP training program which is the Mathematical Olympiad Summer Training Program (MOSTP). This year’s MOSTP which goes online again welcomes the trainees who made it as MathDAP challengers. The summer training will start on Tuesday, April 21, 2020. If situation guarantees for classroom meetup, then MathDAP considers of conducting the last 15 days of training in the usual training setup. MathDAP is one with MTG Philippines in believing that in the classroom setup, direct interaction between or among trainees promotes active learning and encourages higher levels of thinking, and the
Read more

MathDAP challengers have to start their online registration

April 18, 2020
The Mathematics Development Academy of the Philippines (MathDAP) is delighted to see the enthusiasm and willingness through the confirmation of the MathDAP challengers to participate in this year’s month long summer training which starts on April 23, 2020. All trainees, therefore, must complete on or before April 22, 2020 the registration procedures available at this link, Grades 3 to 12:  https://forms.gle/ K6ejRftqa8qnkf9b8 Therefore, all MathDAP challengers can easily make their payment through BPI online banking transaction (Transfer Money) to this Account Number , 4821-0025-11 .  On the “NOTE” part, please indicate the following details: Name of student, grade level and mobile number. Stay Home and Stay Safe.
Read more 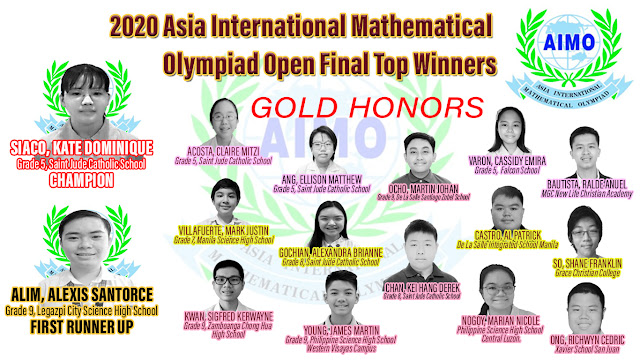