Showing posts from August, 2016
Show all

August 31, 2016
The Philippines through the Mathematics Development Academy of the Philippines (MathDAP) will send participants to join in the Challenge For Future Mathematicians (CFM) which will be held in Nakornnayok, Thailand on October 28 – 31, 2016. After further deliberation and screening of participants, MathDAP has eventually come up with the list of mathletes chosen to join in this year’s CFM. To be officially part of the Philippine team, the following trainees who come from 22 schools nationwide must confirm their participation through this email address, [email protected]   with the subject header “ Yes to CFM ” on or before Saturday, September 3, 2016.   The person-in-charge, after receiving the confirmation, will send the registration form and other initial requirements for compliance. Furthermore, the Saturday training for CFM participants will start on Saturday (9AM – 12NN, 1PM – 4PM), September 3, 2016 at the Arellano University – Legarda. For provincial participants, t
Post a Comment
Read more 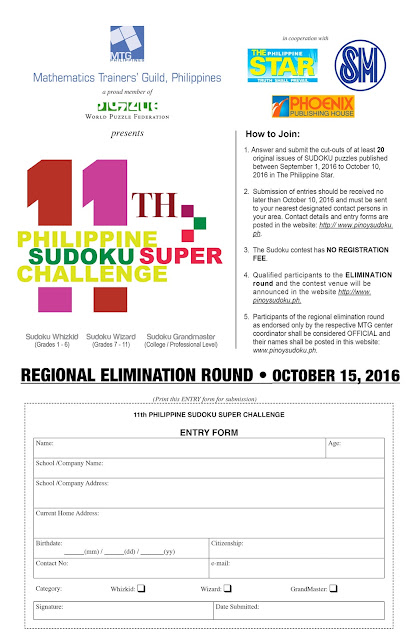